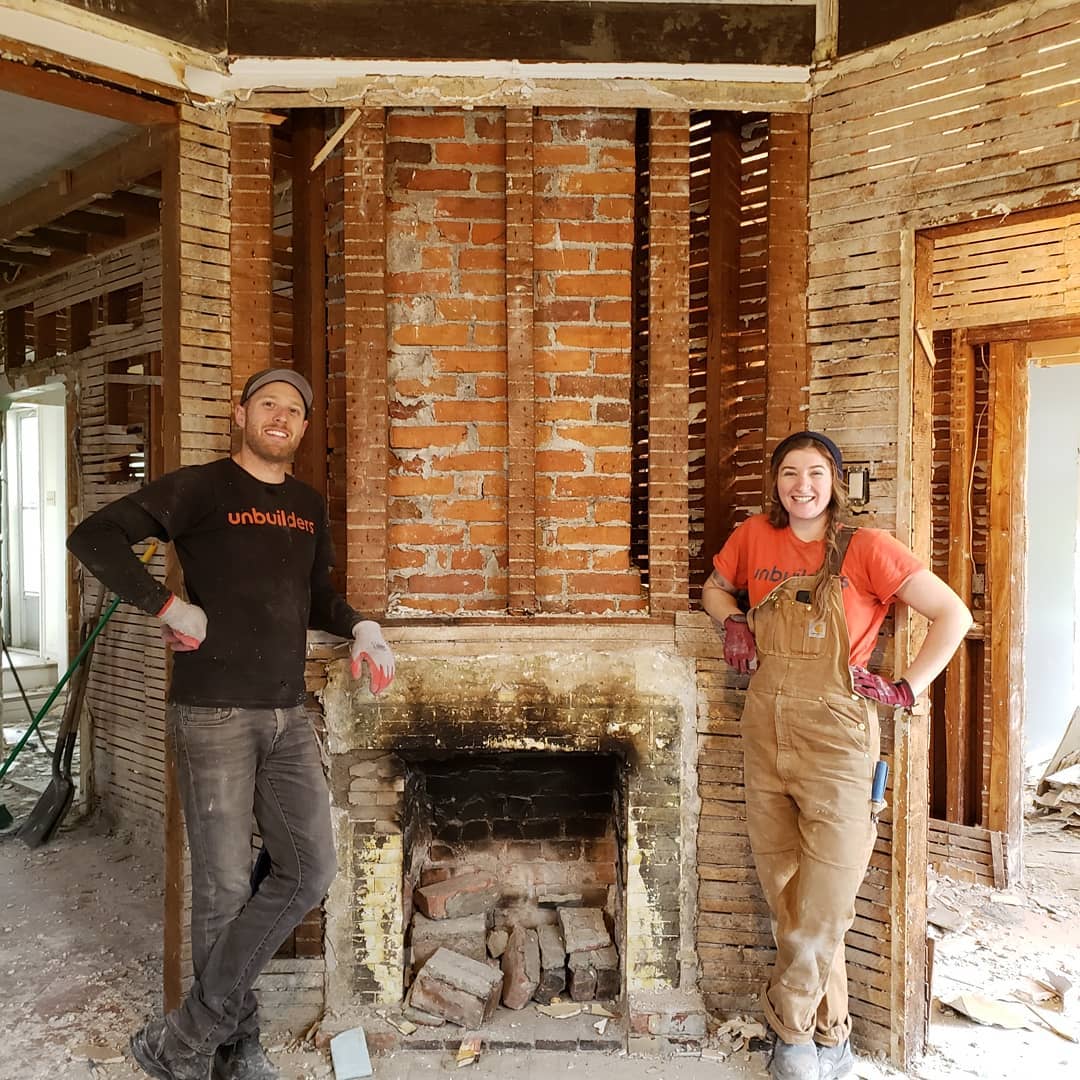 Can we keep lumber out of the landfill?

By Anna Lamb-YorskiJuly 8, 2021No Comments

“I was always obsessed with construction,” 36-year-old Adam Corneil says. “As young as I can remember I was helping my dad and my brother build things around the house.”

When he was 16 years old, Adam fixed up and sold a home with his father in his hometown of Kingston, Ontario. A few years later, when he was back home from university for the summer, he joined a building crew and helped build the home his mother still lives in today. And in his early twenties, Adam honed his craft in Calgary, Alberta where he worked as a project manager overseeing construction contracts and managing 50 employees.

As the years went on, Adam’s passion for building grew. But he started to feel uncomfortable with the amount of waste he was seeing. The waste was coming with the demolition side of his industry. And he wondered if the care and thought that goes into building a home could be put into tearing one down.

Do trees belong in the garbage?

According to recent research, the world is getting worse, not better, when it comes to sending construction, renovation and demolition waste to the landfill. Experts believe that the volume of this type of waste generated worldwide every year will nearly double to 2.2 billion tons by 2025, or the weight of 20 million blue whales.

We Canadians play our part, too. On a per capita basis we create the most waste in the world, an average of 36.1 metric tons — or 2.5 blue whales — per person. And 37% of our national municipal waste comes from construction, renovation and demolition activities.

The good news? It is estimated that up to 75% of these materials could be recycled or reused if governments adopted policies that encouraged it, like the Green Demolition bylaw the City of Vancouver passed seven years ago.

In 2014, after they saw how many homes were being demolished and how much lumber made from old growth Douglas-fir was going to the landfill, Vancouver passed a bylaw requiring companies to recycle three quarters of materials from homes built before 1940. Four years later, a city report concluded that the bylaw was responsible for stopping 40,000 tons of construction waste ending up in a landfill.

In 2013, Adam moved from Calgary to Vancouver and started a sustainable construction company called Naturally Crafted. The company built passive houses — highly energy efficient buildings that use up to 90% less energy than a conventional building — and did green renovations that used reclaimed wood.

“I really began to see the value in lumber, how it is much better than lumber today and how wasteful the industry was in general,” Adam says. “We were deconstructing at a small scale and would salvage wood materials, take them to the wood shop, and build a table out of it.”

Adam’s vision for using reclaimed wood in his buildings was bigger than creating resting pads for newspapers and Americanos. He saw the valuable lumber from demolished buildings going straight to the landfill, and he didn’t know of anyone who was salvaging the wood.

Then in 2018 Adam launched Unbuilders, a company of ‘salvage experts’ including carpenters, roofers, framers and other tradespeople who were as passionate as he was about construction and doing what they could to minimize waste.

“That’s when we started looking at deconstruction. I pulled my crew off a build and we did our first deconstruction for free. I saw how much waste we recovered,” Adam says. “If you are a carpenter or a builder, it’s really reversing the process. And I’ve transitioned completely from a builder to an unbuilder. We are the only dedicated deconstruction company in the country where all we do is deconstruction.”

Unbuilder’s unique business model is what makes it possible to compete with traditional demolition operations. When the company unbuilds a building, Habitat for Humanity and The ReUse People are both involved.

“We donate materials to charity, they appraise the donation, and the homeowner gets a tax receipt,” Adam explains.

First, non-wood materials like light fixtures, bathroom sinks, and doorknobs are assessed, collected, and donated to ReUse stores to sell. Next the building is stripped of its drywall, wiring and plumbing, and any hazardous materials such as asbestos. The deconstruction phase follows, and valuable structural lumber, often old growth Douglas-fir, is carefully removed and stored. Finally the lot is excavated and ready for a rebuild.

Adam’s sister company, Heritage Lumber, then purchases the lumber they donated to ReUse, and manufactures it into a functional product that can be used for making things like wide-plank flooring. Trees that were logged decades, if not a century ago, get a second life.

“Wood in general is much better than concrete or steel and is the greenest building block we have. And reclaimed wood has 12 times less embodied carbon than new lumber,” Adam says. “By shifting the industry to deconstruction, we can salvage what has already been cut while fighting for a sustainable future.”

Deconstruction can cost more money and time. Although not as much as you might think. The charitable tax receipt drives the overall cost way down and the whole process takes only a day or two longer than a traditional demolition.

“We are working on reducing our costs every day to try to make this more and more mainstream,” Adam says.

Deconstruction, or unbuilding as Adam calls it, is also starting to take hold in areas outside of Vancouver.

The City of Victoria, B.C. is currently drafting up a deconstruction bylaw, a construction association in Manitoba is urging Winnipeg to adopt a construction waste recycling program, and cities south of the border like Portland, Oregon have passed deconstruction ordinances to deal with a booming housing market.

Although the deconstruction movement is slow to catch on outside of a small handful of larger cities in North America, Adam believes it can work in small communities, too.

“This whole movement is certainly not restricted to larger cities,” Adam says. “A lot of small towns in B.C. have old building stock and the knowledge and labour to do this. Small towns need this to take hold because resources are even more expensive to get.”

Deconstruction helps reduce waste, and it creates more jobs. Research out of Metro Vancouver indicates that deconstruction creates six to eight jobs for every one job in conventional demolition, and a transition from demolition to deconstruction would create approximately 13,300 jobs in the Lower Mainland alone.

“Deconstruction creates employment at several points along the value chain,” Dr. Hannah Teicher, a researcher with the Pacific Institute for Climate Solutions at the University of Victoria, said in a recent interview for the Journal of Commerce. “In the deconstruction process itself, disassembling a building requires more labour than mechanical demolition.”

With housing affordability and exorbitant lumber costs pricing new homeowners out of the market, deconstruction could make economic sense, too.

“Some of the salvaged wood, particularly larger, older pieces, can be reused right away after they’ve been stripped of hardware,” said Teicher. “Because reclaimed wood is often stronger than new lumber, it can be used for columns and beams. In this way it not only contributes to local construction, it also supports the wood products industry. It is a chance to foster its long-term growth.”

And in our current political climate, one where old growth logging is becoming unacceptable in the eyes of the public, deconstruction may have more value still.

“There is an abundance of old growth lumber in our supply chain. It is just hidden beneath the walls and floors of our old buildings,” Adam Corneil says.

Adam has deep respect for those who work in forestry, and he doesn’t want to see those jobs go anywhere. At the same time he wants the work he’s dreamed of doing ever since he was a child to be less harmful to the environment that his 1-year-old son will inherit. He hopes he will grow up in a world where deconstruction is the industry standard and plans to continue his work around this issue.

“It is exciting, fulfilling and will be one of the fastest growing sectors of the construction industry,” Adam says. “It is very hard to change the industry but I’m very much driven to make the world a better place. It’s how I was raised, to do something great and try to have as much of an impact as I can.” 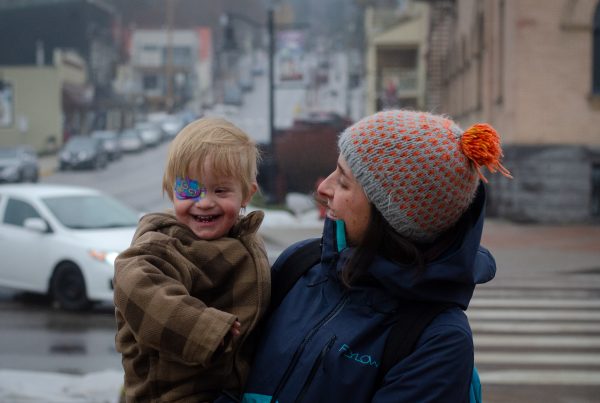 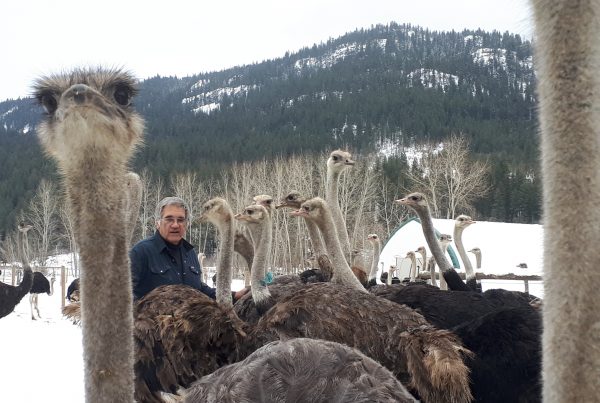 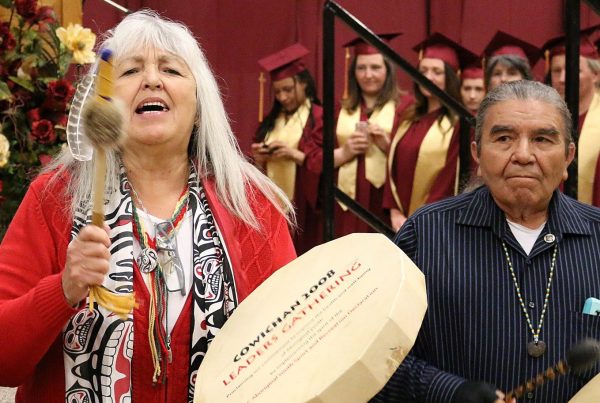 Meet the Elders at Selkirk College and learn what they do to support Indigenous students.