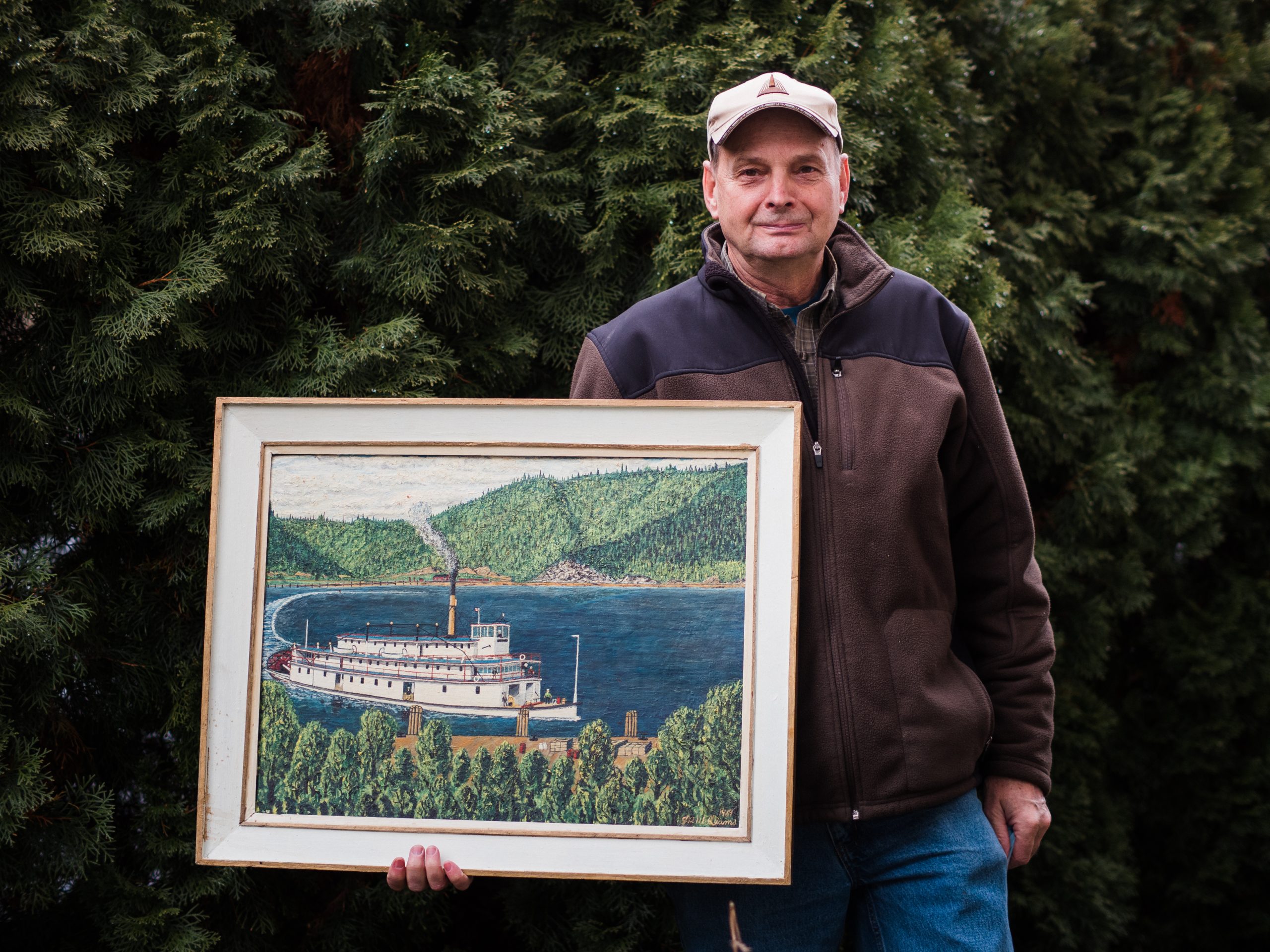 Everything Under the Kootenay Sun

By Anna Lamb-YorskiJanuary 14, 2021No Comments

In the early 1950s, Queen Elizabeth II was only in her twenties when she became the British Empire’s newest sovereign. Britain was recovering financially from the tolls of World War II, its colonies across the world were seeking independence, and London air was so thick with smog from coal that in 1952, 4,000 people died from pollution related illnesses.

Yet during this time, the young queen may have had one indulgence that could grant her a moment of escape and pleasure: cherries from Renata, British Columbia. Or so the rumour goes.

“Apparently the Queen of England loved these cherries specifically,” says James York of Castlegar, British Columbia, a Kootenay town that sits just south of what once was one of the province’s most productive fruit growing regions in the early 20th century.

James’ mother Helen Williams was one of several young women in the area who in the 1940s and ‘50s would hop on a steamboat and take the 40 kilometre trip north from Castlegar to Renata to pick fruit with friends and sell them to local markets.

James’ family history in the Kootenay region goes back nearly one hundred years. At the age of twelve, his grandfather John Williams worked with a hammer and chisel in the steamboat boiler rooms belonging to the large vessels, such as the S.S. Moyie, that went up and down the Kootenay River. Several years later, he became chief engineer of Cominco’s steamboats.

James’ paternal grandfather was a carpenter foreman for the Waneta Dam at the confluence of the Pend d’Oreille and Columbia Rivers. And James’ own father, Leslie York, also worked as a carpenter, was a passionate advocate for trades people in the region, and a busy father to James and his six siblings at their Kinnaird family property.

So it may come as no surprise to learn that James York has a deep respect for the Kootenays. The place has a rich history and was built by the hands of hard working labourers and tradesmen like him.

“I knew right out of high school I wanted to be an electrician,” James recalls. “I worked for Cominco as a labourer, and did my training locally. I worked in heavy construction, maintenance of sawmills, and security system installation. And my uncles and my brothers were all involved in mining.”

Seven years ago, however, after seeing a growing interest in and opportunity for his community, James broadened his electrical toolbox and started installing solar power systems in the region. His company name is Columbia District Solar and Energy.

James has installed systems for customers in Beavervale, New Denver, Nelson, and Grand Forks. Some systems are entirely off grid, like the ones belonging to a community across the lake from Renata called Deer Park. Other systems are connected into the electrical grid system like his own personal system he installed just last year.

“It’s a hybrid system where you can sell power to the grid and charge up your battery bank,” James explains. “We have a small yard, standard lot, and grow a lot of our own food. We are living in a residential environment.”

In 2015, BC Hydro released a study that evaluated the solar power producing potential for several communities across the province. Trail, B.C., a neighbouring community of Castelgar, was one of the study sites under review. Its ability to produce solar power was higher than 5 of the 13 places on the list, including Vanderhoof and Victoria and was only slightly lower than sunnier destinations such as Kelowna and Chase. And when compared to Germany, the world’s leading nation when it comes to solar power (8.2 percent of the country’s gross electricity generation came from solar in 2019), the West Kootenays get more solar radiation.

Despite its higher-than-expected solar potential, James still lives in an area of the province that is often referred to as “Cancel-gar.” Airplanes are often unable to land safely at the airport due to a chronic low cloud ceiling, and he admits that this is a limiting factor.

“We live in a valley where we get a lot of fog and low-lying cloud,” James says. “Cloud cover is a huge factor. If I wanted to be in a good solar place I would want to be in Rossland,where you don’t get morning fog.” Yet James firmly believes solar is still a good option for people in the Kootenays.

“If you are building a new house, it’s important to look at it as an energy efficient building,” he says. “Even today people will pay more of the asking price for a more high energy efficiency home.”

Being self reliant and saving money is another reason James is passionate about installing solar systems.

“The biggest problem I see for the consumer is that everyone is raising rates and your cost of living is going up every month,” he says. “There isn’t a concerted effort to help working class families when it actually comes to producing their own power. In Castlegar we see 5-7% increases in power rates every year. Customers that really need it don’t have any financial capability of doing it.”

Most communities in the West Kootenays get their power from FortisBC. They own four dams on the Kootenay River and operate five others on the Kootenay and Columbia system. The City of Nelson, 45 kilometres upstream of Castlegar, is one of the five municipalities in the province that generates and distributes its own hydroelectricity and has been doing so since 1896.

Thanks to large dams built as part of the 1964 Columbia River Treaty, half of the province’s generating power comes from the Columbia region, a region that includes the West Kootenays. Nelson and Castlegar produce electricity, but they are unable to meet local demand, and around 50% of their power is purchased from elsewhere, such as BC Hydro.

“Demand is a big deal for us and it defines our costs,” says Tim Austin, a design maintenance technician who has been with Nelson Hydro since 2014.

“Solar is a great source of energy but it isn’t there at 5 pm when our demand is the highest,” he says. “Dinner hour on the coldest day of winter will determine the peak demand Nelson Hydro draws from FortisBC and this impacts our power purchase costs for the entire year.”

Like James, Tim is also invested in the West Kootenay region and the communities Nelson Hydro serves. He has spent the past 40 years backcountry skiing in the winter, dipping into the Kootenay River on a hot summer day, and enjoying the glory of all four seasons the region flaunts so well. He finds that, similar to the experience of a physician operating the only family practice in a rural environment, working for a small utility offers broad experiences.

“I have provided technical designs for our largest customers, have been inside our generators assisting millwrights in maintenance work and have worked on improving street lighting in our communities,” Tim says. “As a technical professional it’s really rare to have such variety in the work you get to do, and I really appreciate it.”

As efforts to address climate change accelerate and the demand for electricity increases, so will the operating costs for regional utilities like Nelson Hydro and FortisBC. Local renewable energy sources such as solar could help create a more secure grid that provides significant cost savings to taxpayers.

“We’ve become quite good at capturing solar energy when it’s available, but being able to store that energy until it’s most useful is the real key,” says Tim. “When we reduce demand we reduce costs in a notable way.”

The technology is here

While storage is a limiting factor for electricity generating utilities like Nelson Hydro and FortisBC, it may not be for much longer.

“Power producers are putting in battery banks to offset costs and keep grids stable when they need it,” James York explains. “We haven’t seen it locally yet but it’s coming. A solar-battery system is much cheaper to put in then a hydro-electric project and there’s less degradation of the land.”

Battery technology has improved significantly. Even big tech companies such as Google, whose mammoth data centres rely on backup diesel generators, are beginning to address this issue by banking electricity from wind and solar when it’s available and using it when it’s needed. Integrating renewable energy into the grid and providing relief during peak hours is something that battery banks will offer.

People living in the Kootenays take pride in caring for the region’s resources so that they and their families can enjoy the outdoors. They also value jobs, good ones, and jobs that pay a living wage.

“I get one or two people a month asking me to train them,” James says. “This is an energy source that could invigorate communities here with job opportunities.”

He sees an incredible opportunity for job creation in the Kootenays when it comes to solar. From panel manufacturing and battery recycling, to specialization for electricians and roofers, there is a job wave that unless harnessed, might break on the shores of other communities who are ready to ride it.“What it really takes is educating people about it,” James says. “I find that I am getting more and more calls from people. I am happy to educate so people are better aware. Create energy, create jobs. Every community in B.C. would be thriving if they had solar panels on roofs.” 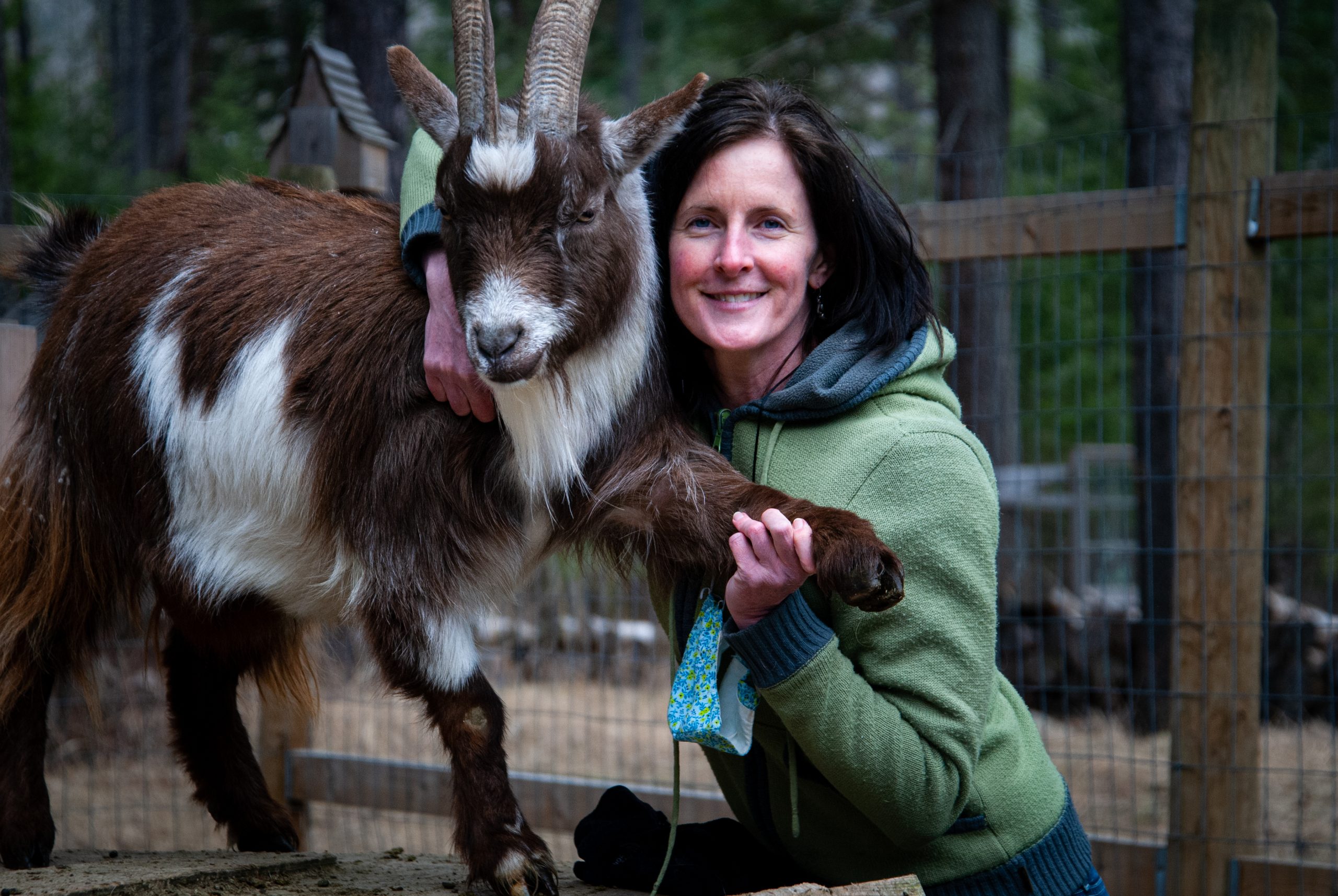 Something’s Goat to Give

Small bars of soap are creating big dreams in Yahk, BC, with help from KAST. 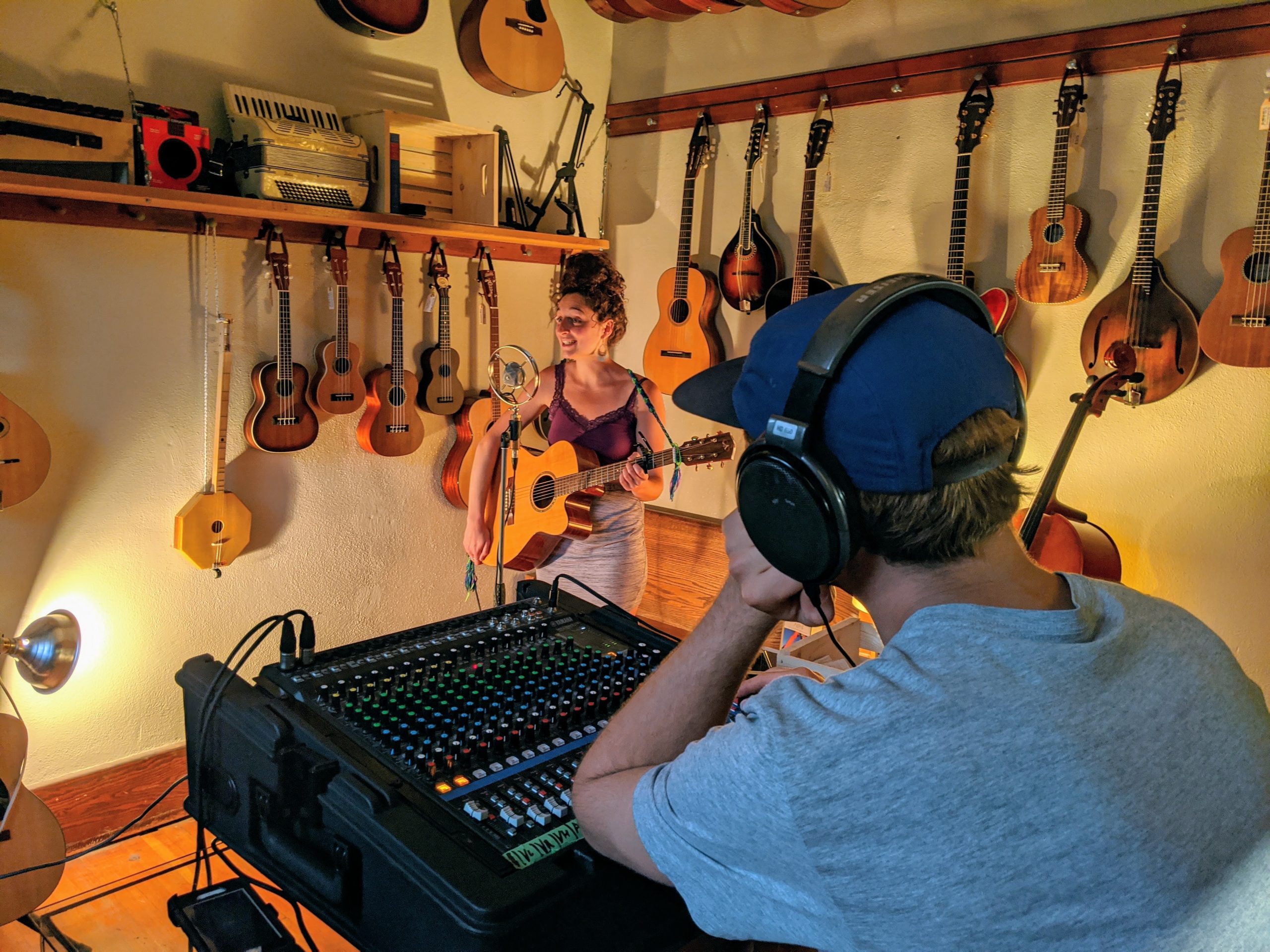 One of the questions asked globally during this pandemic is: how can we make our… 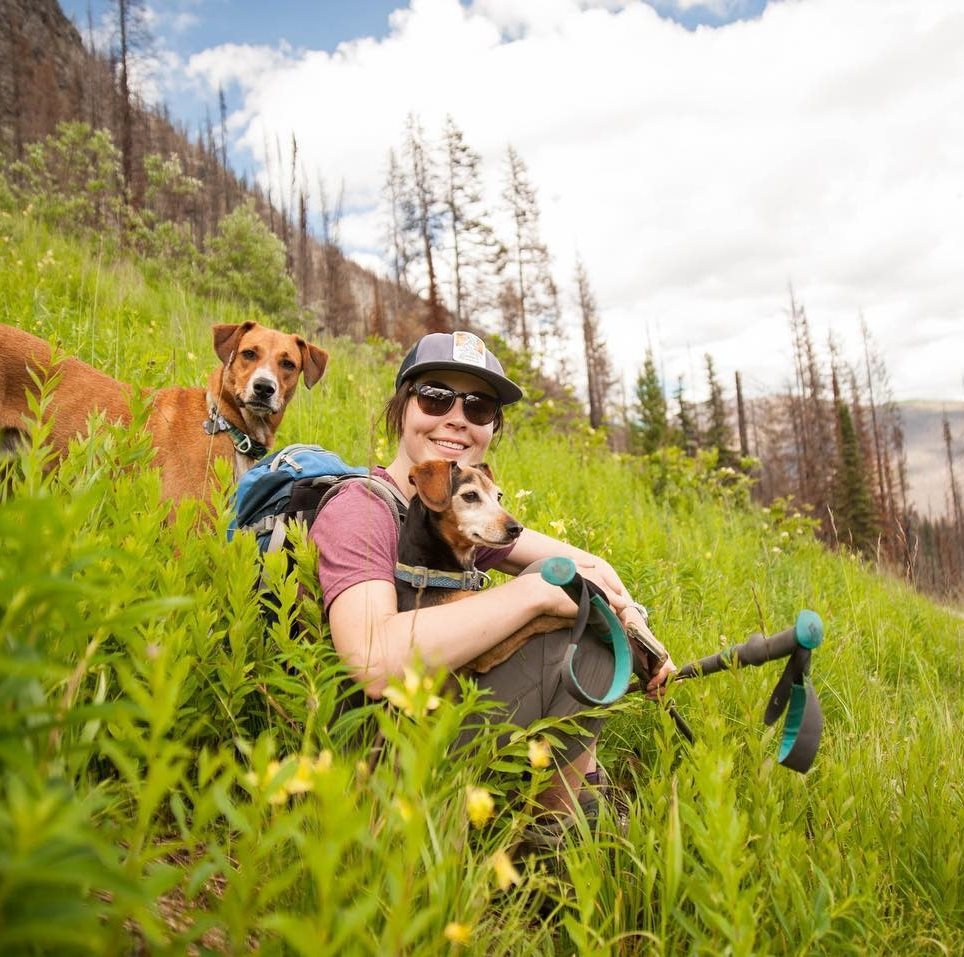 Before she became an entrepreneur 12 years ago, Stephanie McGregor thought she might become a…