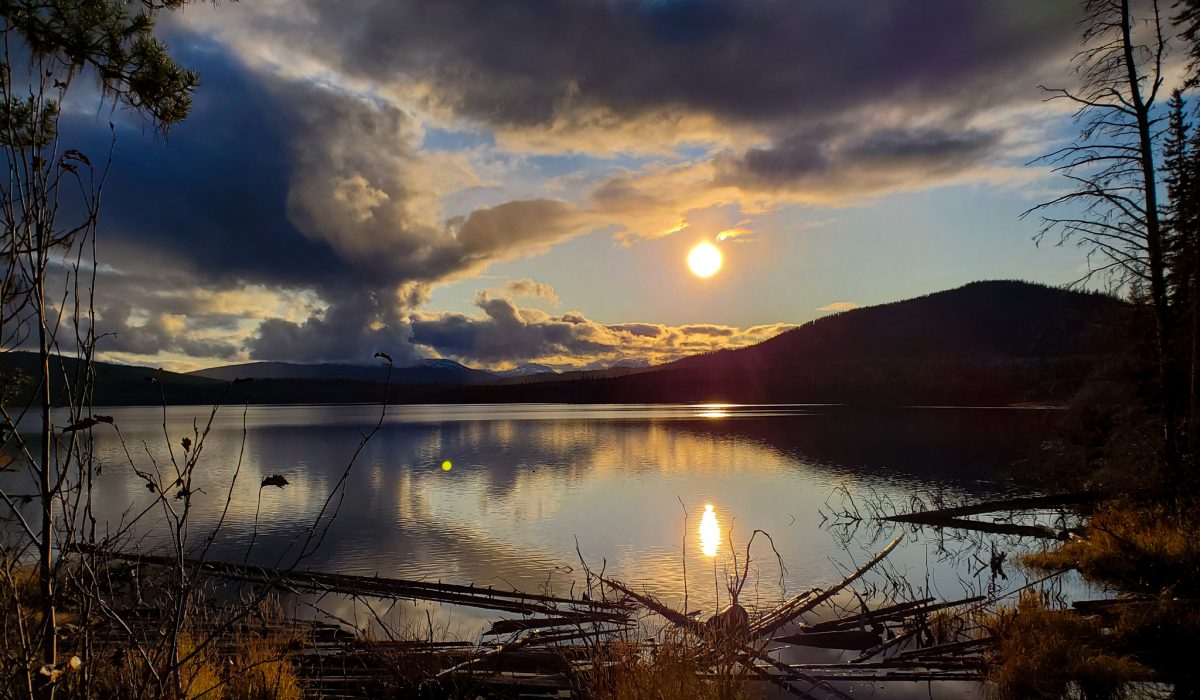 The Veterinarian Who Hunts

At the age of six, Nicole Jamieson went on her very first moose hunt. At the age of 10, she decided that when she grew up she was going to be a veterinarian.

“People who don’t know me are shocked when I tell them that I am a veterinarian who hunts,” she says.

Nicole has had her share of curious stares when telling clients that she will be out of the office for her annual two week hunting trip, a tradition that started with her father when he first began hunting back in the mid-seventies.

Nicole’s mother is Tsimshian from Lax Kwa’laams, Laxsgiik (Eagle Clan), House of Gitwilgyoots (people of the kelp) and her father is from Cape Breton Island, Nova Scotia. Nicole hunts out of her traditional territory, following hunting regulations very closely. This is an important part of her identity as an Indigenous woman who hunts.

Regardless of some of the stereotypes, Nicole is very open about her hunting; it is something that has just always been a part of her life. She even remembers her very first rifle and how her parents taught her to shoot with a single shot bolt action, a type of rifle that requires you to slide the bolt in and out, holding just a single round of ammunition. Single round shooting requires a lot of practice, patience, and discipline; it teaches you to make sure your shot counts because, as Nicole says, “once you pull the trigger, that is when the hard work begins.”

Nicole and her family have been hunting moose in the same area in northern British Columbia in the large interior Skeena Mountains for 45 years. The family has made a tradition out of renting the same cabin for two weeks each season, although Nicole does remember a time when they would go up with tents and a trailer.

Moose hunting requires a special permit, and the Jamieson family has to enter a lottery system in early May to obtain their tags to the open season moose hunt in October; this is known as a limited entry hunt. The rest of the two weeks is spent hunting grouse, waiting to spot a deer, and spending time with family and friends.

Their last limited entry hunt prior to this year was in 2018. With this type of hunt, you are allowed to have four hunters per group and you are permitted to harvest 1-2 moose, depending on the year.

“Lots of hard work and effort goes into getting a moose; you only take the shot if it’s a clean shot.” Nicole feels as though one of the biggest misconceptions about hunters is that they are murderers.

“Most hunters hunt because we love the animals,” she says.

Moose are very intelligent animals; they can walk silently when they need to and they can also make a lot of noise when they want you to know they are there.

“As hunters we spend a lot of time in the forest with these animals and over time, we get to know them pretty well,” she says.

Over her hunting career, Nicole has harvested a total of six moose. Hunting takes a lot of skill, but she says there is a lot of luck involved, too. Retrieval is the hard part—some moose can take up to two days to get out; each quarter of a moose weighs up to 200 pounds.

“That animal dies for you, you want to respect it,” she says.

Nicole feels a real connection to the land and animals. Whenever she eats moose meat, she feels grateful—there is something special about eating food you have harvested yourself.

Over the years, the Jamieson’s have watched the area change. Moose numbers have slowly been declining. Nicole attributes this to an increase in predators, overharvesting, overhunting, and shifts in landscape as a result of a changing climate and human interference.

Regardless, the Jamieson family has no plans of changing where they hunt. For the Jamieson family, it’s not about harvesting a moose every trip; hunting is about the people they meet and the friends and family who come along for the adventure.

The Mother Who Hunts and Fishes

Mary Denton grew up in Terrace, British Columbia and like Nicole, she now lives in Prince Rupert with her three children. She is Tsimshian and Haisla, from the laxgihuu (wolf) clan.

Mary’s father is Indigenous and her mother is from Denmark, creating an interesting family dynamic. Growing up, Mary attended a Dutch Reform school where she was the only Indigenous student. When she was 11 years old, her family moved to the reserve, yet she continued to attend private school with kids who had very little understanding of her culture. Many of her classmates held a lot of negative stereotypes of what it meant to be Indigenous.

Mary felt different from the other kids. She knew that her family didn’t live the same way as everyone else. She grew up on a hobby farm, and her parents were both hunters and fishers; this is how they fed their family.

Hunting or ‘food harvesting’ as Mary likes to call it, was a natural part of life, and as a result she grew up having a deep respect for the land and animals.

“I learned to walk on the Skeena River bank, but I didn’t realize a lot of it, the hunting and fishing, was cultural until later on in life,” she admits.

There was a lot of stigma surrounding Indigenous culture, especially for her father’s generation.

“The less you brought attention to it the safer you were; as an adult, I am reclaiming my culture, there are a lot of us reclaiming our identity,” she says.

Mary works for an Indigenous company that aims to bridge communication gaps between industry and remote Indigenous communities; she also speaks at conferences regarding Indigenous practices and land rights. There is often a lack of consideration for both sides; people don’t always connect the two. Lots of Indigenous people still hunt and fish for their livelihood.

“If you destroy the land, you destroy our food sources and lots of people rely on that to survive,” she says, a harsh reality that Mary herself was reminded of this year during COVID.

Living more remotely during this year’s lockdown had its advantages, but it also came at a price. Unlike other parts of the province, at one point, Prince Rupert implemented food rations, and those rations were based on a family of four and included a lot of processed foods. Mary became aware of the fact that she needed to refocus on food security for herself and for her family.

Oftentimes while shopping in the grocery store we forget that food comes from nature. When you grow your own food, when you harvest, hunt, and fish to feed yourself and your family, you don’t waste as much because it takes a lot of effort to produce that food. This is why Mary loves teaching friends to preserve food. “It allows us to come together as a community,” something Mary values.

“When you harvest yourself, you know what you are getting.” She adds that it can also be as simple as knowing the people who produce your food and building strong relationships with farmers, hunters, and growers.

Mary recalls being embarrassed by her family growing up; she remembers bringing friends home and having them see moose hanging in the garage, or being late for school because they would be out shooting deer early in the morning.

Mary’s children have a lot more pride about their hunting; however, there still seems to be this sort of double standard for women. “People are often shocked when they find out that both my girls hunt and fish because they also like to dress up and wear make-up,” she says.

There are other barriers for youth who like to harvest and fish. Mary comments on the lack of access for young people. There is a lot of industrial zoned land that surrounds residential areas.

“We live on an Island yet there is very little access to shoreline. Unless you have access to a car or a boat, it is hard for people to get to the water to fish. You can’t just walk down to the beach,” she says.

Growing up, Mary felt comfortable being in nature, something she wants her children to be able to experience as well, which means keeping our land and our water clean of pollution and making land accessible especially for people who rely on it for food.