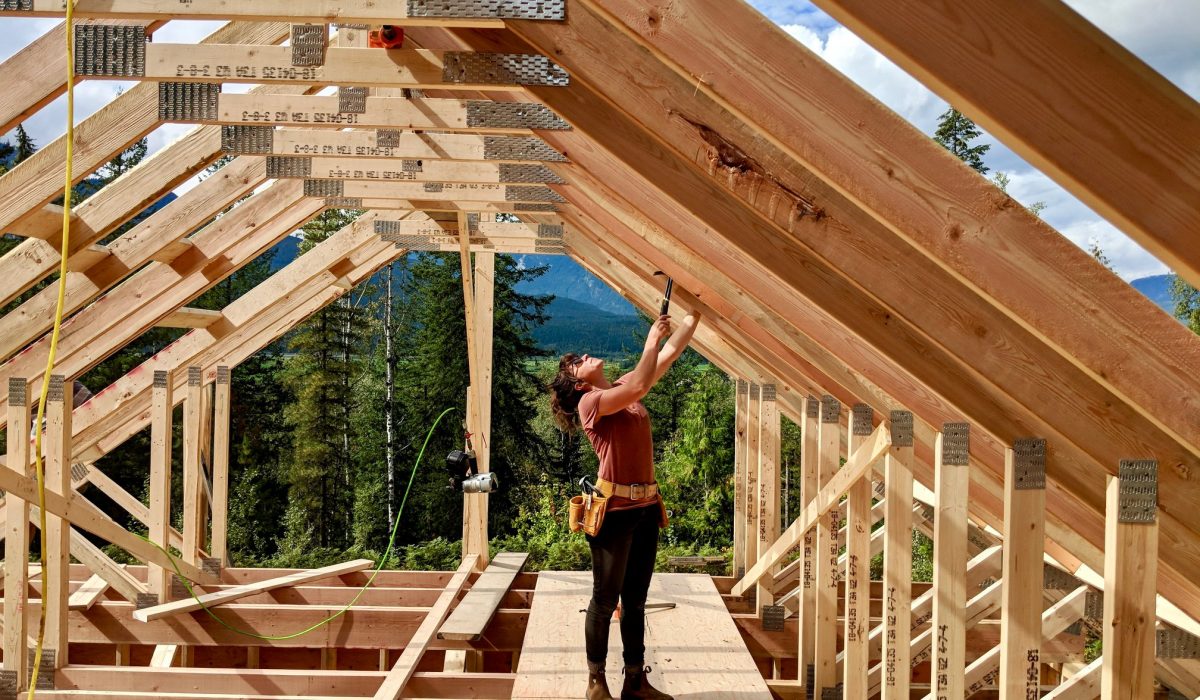 Heat dome: if only it was the name of a hard rock band from the 1980s. Unfortunately, the well broadcasted meteorological term describes the oppressive and record breaking heat wave that hung over western North America this past June. The term is still ringing in our ears.

For four days the atmospheric version of a casserole lid trapped a mass of lingering hot air in place, and with it came challenges — mainly for those of us living in homes with no air-conditioning— that ranged from staying comfortable to staying alive.

“I actually threw up. I woke up and I really felt like I was going to faint,” said a 25-year-old Coquitlam resident in a recent news article. She lost her pet fish and frog to the heat spike.

In the five years leading up this event, British Columbia recorded only three heat-related deaths. Yet in a single week this past June, 600 people in the province may have died from heat-related causes. Those left to suffer through the heat dealt with it in different ways.

Some were lucky enough to have built-in cooling systems and invited close friends over for sweat-free plates of pasta. Many returned home defeated after a fruitless air conditioner hunt. And others slept soundly in their cool, buzz-free homes designed for handling extreme temperatures.

“While we do not consider cooling nearly as much as heating in Canada, it is very important and has many health complications that follow the heat,” says Greg Hoffart.

Greg is a carpenter, general contractor, employer, and owner of a passive home manufacturing and building company called Tree Construction. He lives in Revelstoke, British Columbia, a resort town whose summer population of around 7,000 nearly doubles in the winter when thousands flock to the region to ski.

His love for the mountains and for “all the vertical fun you can have” is something Greg shares with locals and tourists, but it is his professional passion for building passive homes that sets him apart.

“Construction is a hard occupation and a hard knock life,” he says. “But once we started doing passive houses it kind of felt like a crime to do anything else.”

Passive homes are airtight, energy efficient structures that use around 90% less energy to heat and cool than a conventional home. Design elements include having thickly insulated walls, no air leakages, triple pane windows, proper ventilation and orientation that works with the sun and shade on the property. The design is all an effort to keep cooled air (or heat) inside the building.

“Part of passive design is to ensure that less than 10% of a calendar year, the building stays below 25 degrees,” Greg explains. “That’s 36.5 days a year. Keeping the home cool is part of the criteria to pass for performance.”

Knowing his clients will have no problem staying cool during a heat wave makes Greg feel good. And his motivation to build passive homes comes from caring deeply about his six-year-old daughter’s future.

“I want her to live in a world that is beautiful,” Greg says. “One that has a diversity of species, plants and climates. It is all about responsibility and care, doing more than our fair share, and leading by example. Trying to reduce the carbon footprint of construction could save the world for our kids.”

Greg grew up near High River, Alberta, a place he remembers feeling inspired by a neighbour who did things differently.

“I was a kid living on a farm,” Greg says. “At the nearest farm to town there was a builder named Emile Rocher. He was building homes for conservation at the time. I was walking around his field of solar panels in 1980. I was young, and I didn’t understand it at the time but I remember thinking to myself ‘this is what the future looks like.’”

Greg eventually left his family farm. He became a carpenter who wanted to make a difference and went on to get a master’s degree in sustainable design. Then in 2012, he moved from Calgary to Revelstoke.

“I was pursuing more sustainable building practices and socially positive development,” Greg says. “Revelstoke offered that at the time. They were adopting zoning that offered a lot of innovative forms of development and allowed for a mixed use of residential and commercial.”

Since calling the mountain town home, however, Greg has not seen the promising development changes that first drew him there, and taking on unconventional construction projects has come with its challenges.

“The biggest hurdle is awareness and understanding,” Greg says. “Planning approvals and building officials are increasingly difficult paths to manage for any construction project, let alone the passive assembly. We are not able to build these homes easily.”

Passive for the masses

Greg knows that passive construction saves energy and money but he doesn’t want to spend his career building instagram-worthy dwellings for the wealthy. If widely adopted and supported by the government he believes that passive is the most energy efficient and affordable way to live.

“The majority of people say ‘I can’t afford that’,” Greg says. “In Canada we present passive houses as beautiful, exorbitant, houses that rich people can afford. I’d like to see passive for all.”

Natural Resource Canada data from 2017 showed that the average Canadian household spent $2,319 a year — 26% of the average yearly income — simply running their home. A home that uses 90% less energy means paying $231.90 a year instead, and putting the remaining $2,087 in the bank. Soon the energy savings begin to offset the extra building costs and you have what Greg Hoffart might call a ‘well dressed house.’

“Passive houses dress your house up for the climate,” Greg says. “If you could picture a child in the blowing snow, it’s minus five. This child is standing on a snowbank. Then imagine them standing there in a t-shirt and pair of jeans. That’s your conventional building code.”

“Now let’s do a passive home. Would you give the child a sweater and jacket to go outside in or would you just give them a nice designer t-shirt? Clothes and houses are totally different but the elements are the same. We dress for our climate.”

Building for the future

Towns across B.C. are well aware of the B.C. Energy Step Code, a best practices guide for local governments on how to make buildings more energy efficient. The code includes five steps that go from measuring the efficiency of your building (Step 1) to being 80% more efficient (Step 5).

B.C. wants all new construction projects to be net-zero ready— a building that produces as much energy as it consumes — by 2032. Some communities have adopted Steps 2 and 3, although many local governments will need to accelerate their adoption of the higher steps to meet the provincial target on time.

Passive homes are net-zero or Step 5 buildings already, and builders like Greg argue that having more local government support for passive construction could help the province meet its 2032 target and retain a younger construction workforce whose values are shifting.

Greg is living that future version of himself he saw as a child standing on his family farm in rural Alberta. He knows there is still a lot of work to do to get the construction industry and communities on board. He is convinced that he’s doing the right thing in the right place.

“The passive house is the future solution,” Greg says. “If we actually love what we do, the people we work with, the friends and family we support and our planet, we can do everything in our power to ensure its survival and prosperity. My advice is this: do it now, and don’t look back.”

We have a question for you: Who do you trust for your news?

Independent journalism is the trusted alternative to big corporate and government-owned media outlets.

Living Here is an independent journalism publication. We’re an ad-free, non-profit, independent digital magazine that shares stories of solutions in your community.

We’re able to share these stories because of readers like you. You’ve shared your stories from Kaslo to Yahk, Prince Rupert to Williams Lake, Rock Creek to Cranbrook and just about every Kootenay community in between.

If enough people support independent journalism like Living Here, then the stories we tell will reach a larger audience, and the messages that only independent news sources share will have a greater impact.

Will you make a contribution today to keep Living Here growing and reaching new audiences?

We are looking for our readers to step up and start a monthly donation of as little as $2 today.

Your support is crucial to keep independent journalism going in your community.

Will you become a Living Here donor today?