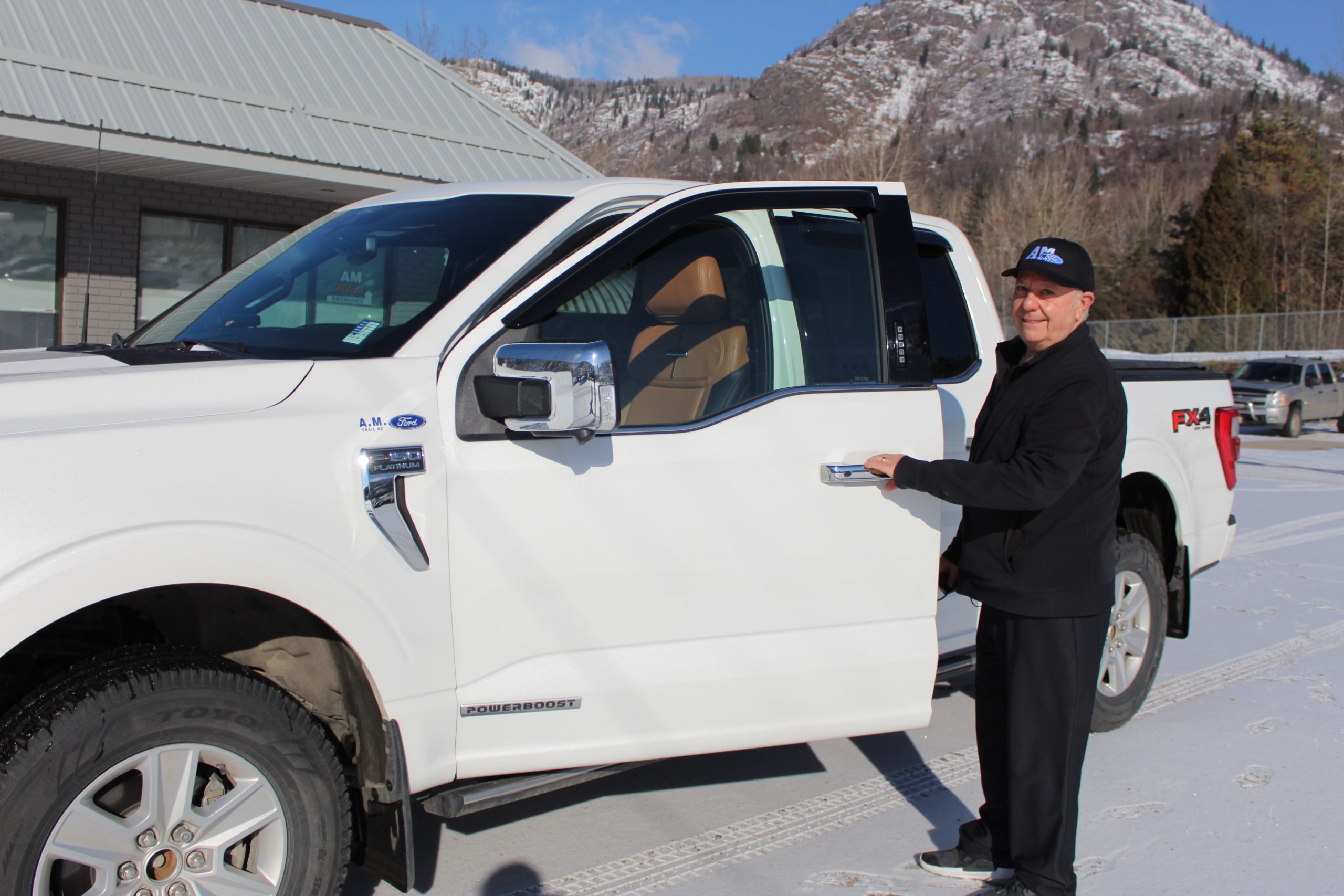 For half a century, Dan has been living, working, and playing in Trail, British Columbia. 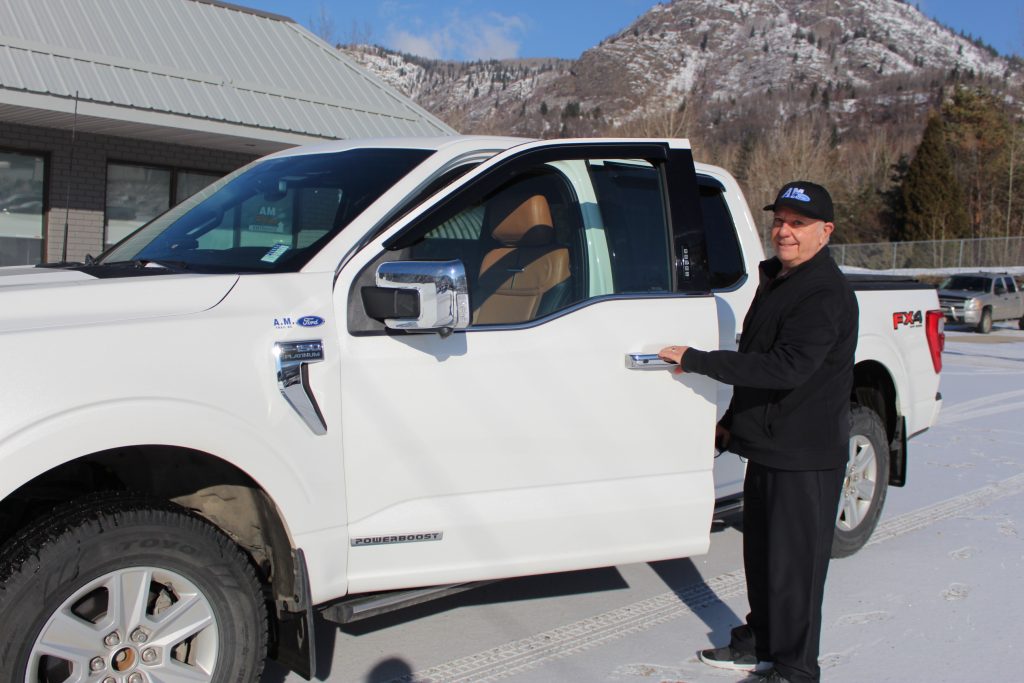 Dan Ashman outside AM Ford in Trail, B.C. (Photo courtesy of Anna Dulisse)

He was recruited to play for The Trail Smoke Eaters (the Smokies), a semi-professional hockey team and the only Canadian community to win the world hockey champions twice.

“Hockey helps to mould and develop your character,” Dan says. “It teaches you the thrill of victory and the agony of defeat.”

Dan’s professional hockey days are behind him. Still, qualities of serious athletes such as determination, goal setting, and commitment to excellence, have remained with him. He has redirected them into other areas of his life, especially his automotive business.

“I worked hard to develop our store into the largest dealership,” Dan says proudly. We employ 35 people.” 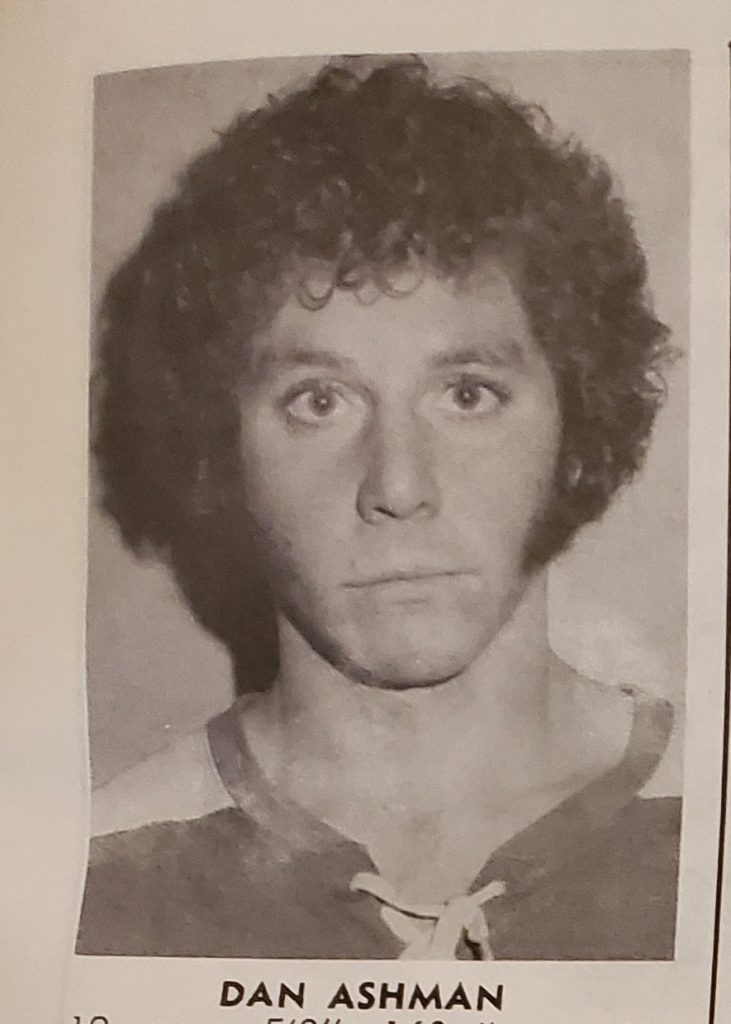 From pucks to trucks

Dan’s automotive journey began in 1982. He opened a used vehicle and truck rental business, and two years later, became the dealer principal of AM Ford for the Kootenay Boundary region.

Dan’s dealership has perfectly parked and polished cars that fill an outdoor lot. Fringes of metallic blue, red, and silver banners rustle in the wind drawing the eye of drivers on Highway 3B. And inside the single-level, fluorescent-lit building, landlines ring, staff discuss work and family life, and no customer goes unnoticed.

“I can’t think of a more dynamic place to raise a family and run a business,” Dan says of the City of Trail. 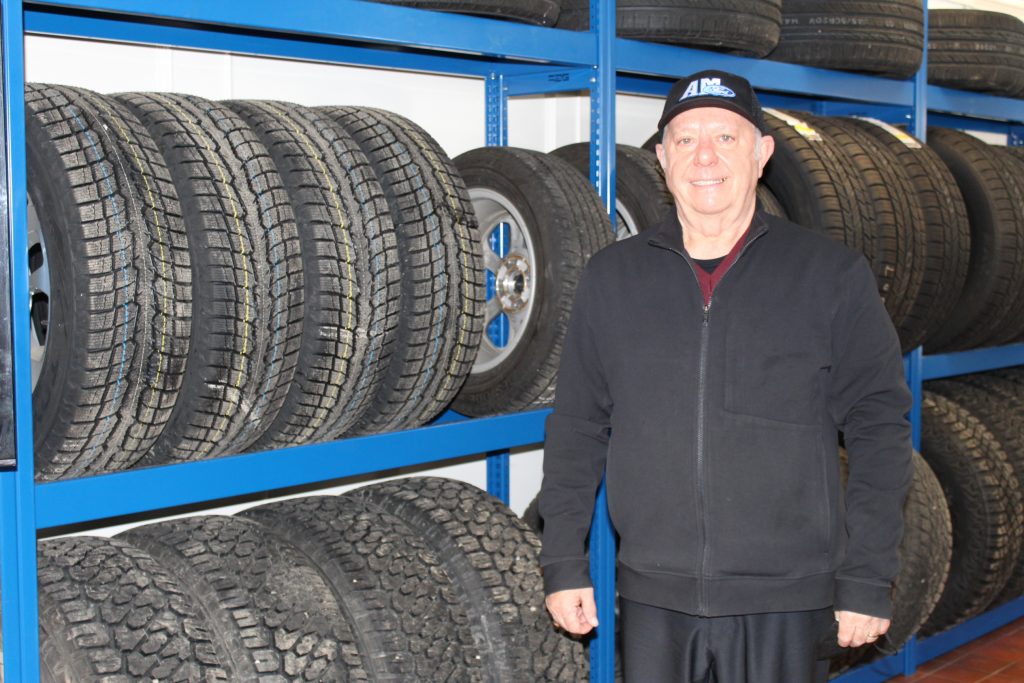 For Dan, family and business are one and the same. He runs a fleet tracking company with a son based in Texas. He sees his other son at his office in Trail daily. And his daughter works at Ford of Canada’s Western Canada Regional office in Edmonton, Alberta.

Over the years, Dan has seen changes in vehicle technology, from safety features to fuel efficiency to affordability. But there is one recent shift that excites him.

“All fleets are going to be electric,” Dan says. “Really soon there’s going to be solar panels in the sunroofs, and within 10 to 15 years all urban centres in the world will be dominated by electric vehicles.”

The nuts and volts of it

Calling Trail an urban centre is a stretch. Its population sits just under 8000 and you can walk all of downtown in 15 minutes or less.

For smaller towns and more rural areas like many in B.C.’s interior, Dan sees an interest in electric vehicles and has been preparing for the transition.

“The dealers put up the capital for the new EV (Electric Vehicle) equipment, but the company supplies us with the vehicles and supports our staff,” Dan explains. 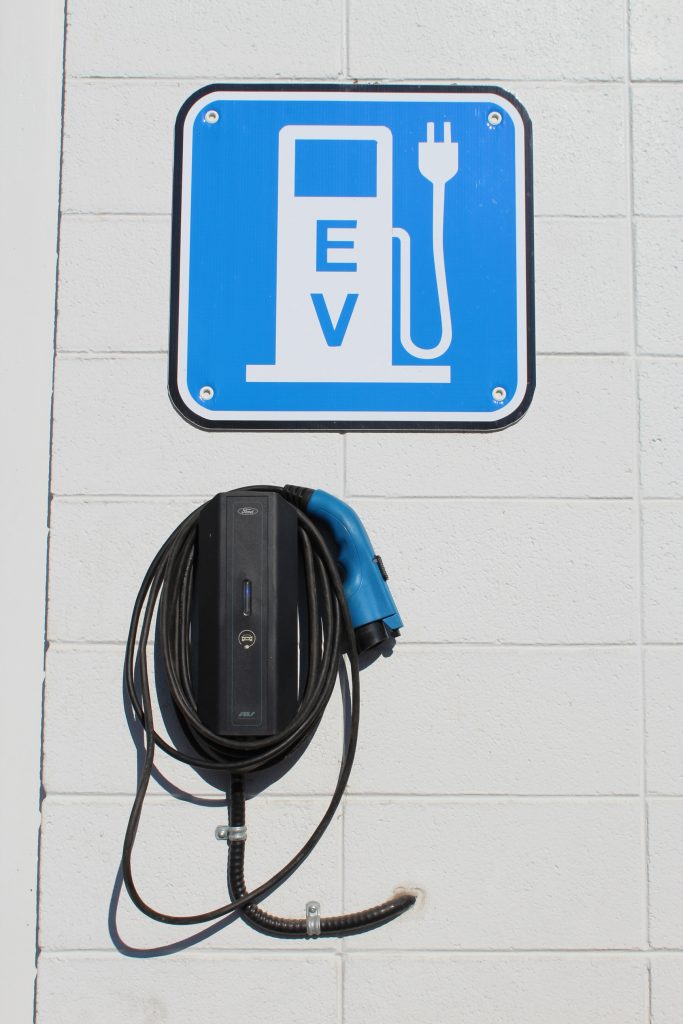 Two of Dan’s long-time mechanics and master technicians are EV certified. Their technical training involved studying remotely and  a practical component in Vancouver.

“I liked mechanics when I was a teenager,” says Robert Kalnins, one of Dan’s mechanic’s who was born and raised in Trail. “I liked it and just kept doing it and have been doing it for 40 years.”

Robert is impressed with the changes he has seen in the EV industry in the last five years.

“It’s progressed an awful lot,” he says. “The battery has changed, and the metal hydrate now is lithium. It’s gone through a whole bunch of changes, so you get more miles on a battery.”

Lorne Postnikoff grew up in Castlegar, B.C. and has been working as a mechanic for over 30 years in the trucking industry and for dealerships. When asked if he ever thought he’d be working on electric vehicles he is quick to answer. 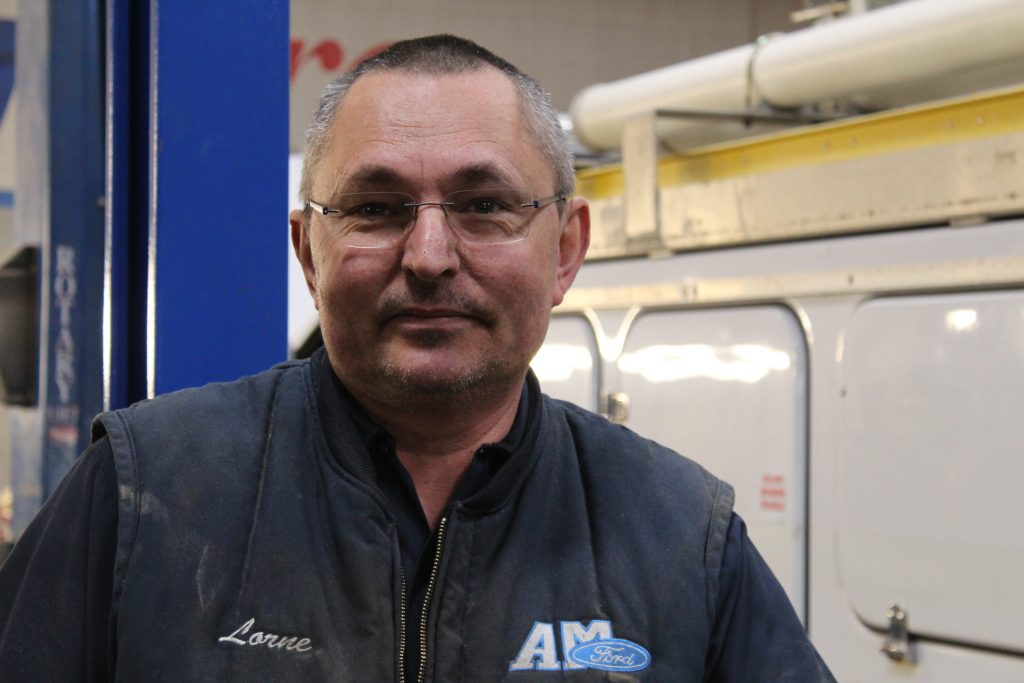 “No. Never,” he laughs. “I grew up when they first introduced the electric car. It was kind of archaic. But the technology being poured into it right now is truly amazing. It’s like the space shuttle going to the moon.”

Robert and Lorne get that other mechanics might be reluctant to adapt their skill set when they have spent a lifetime learning how to work with a different machine.

“Us mechanics, all we know are gas engines,” Lorne says. “But people who don’t progress with technology will be left behind very quickly. Things will definitely be more to the electric side than the compression side. It’s our future for sure.”

Robert and Lorne’s personal vehicles aren’t electric. They are holding out for Ford’s F-150 Lightning, a four-wheel drive, all-wheel drive, and fully electric truck coming out this year. 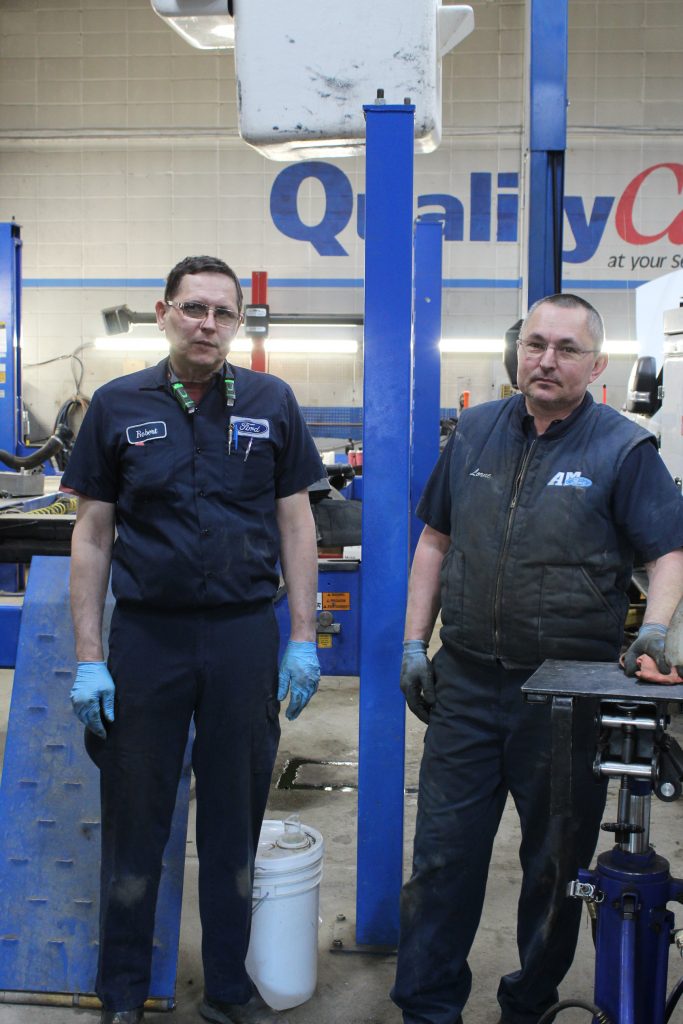 Governments can do more

Dan Ashman believes people living and working in rural communities will want access to all-wheel drive electric or hybrid vehicles. They are fast, can do everything a gas or diesel-powered truck can do, and in the case of a power failure, like those that do happen during interior B.C. winters, could come in handy.

“The F-150 Lightning and hybrid that comes with the 7.2 kilowatt generator will basically power 28 refrigerators at once and power a home for days in the event of rural power outages,” Dan says. “It can actually be hooked into the electrical system for your house and run your house.”

However, having the infrastructure in place to supply power properly to EVs in rural areas is something that he is still waiting to see happen.

“You need fuel in rural Canada to function today,” Dan says. “There are not enough charging stations in the rural grid let alone charging spots.”


Supporting prospective EV buyers in Trail is something that’s also been on the mind of Dan’s sales specialist Kelly Mauriello-Zaytsoff.

“The grid network is going to be an issue,” Kelly says. “Many of our customers live off-grid, have solar panels, and are excited to supply their own power to their vehicles. But not every household is suitably equipped right now with that technology. To have your world revolve around charging your vehicle.” 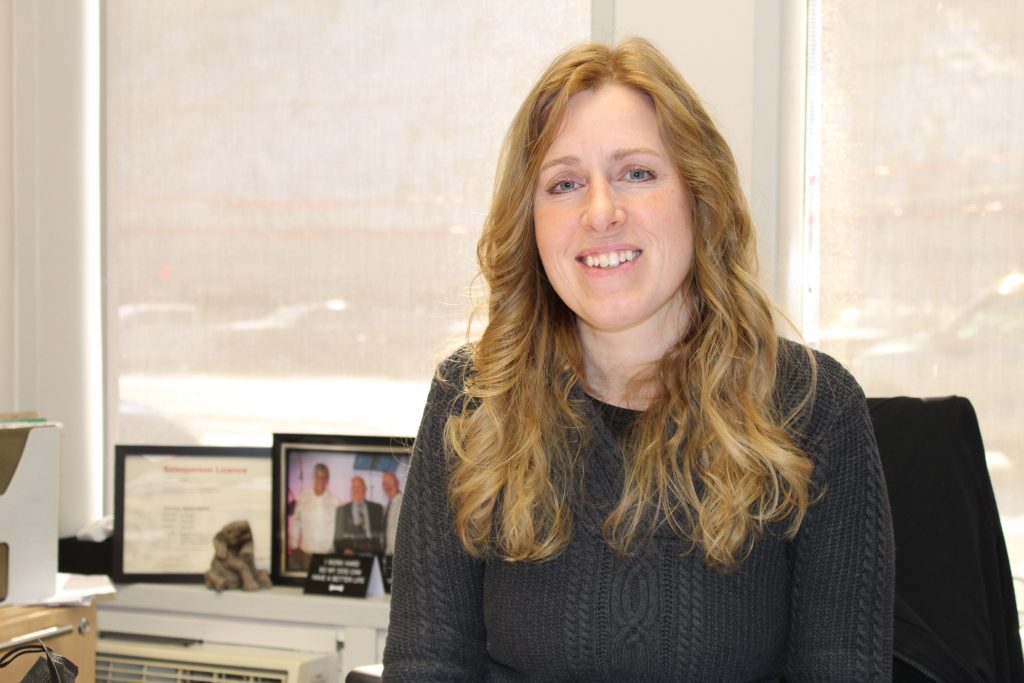 Before working for Dan, Kelly worked as an information technologist at the Trail and District Public Library and a collective bargainer with the Collective Union of Public Employees (CUPE).

But Kelly has mechanics in her blood that kept revving at her over time, and after 22 years she made a career change and hasn’t looked back.

“My interest in vehicles comes from my long family history in automotives,” Kelly says. “My grandpa used to build and race speed boats, and we’d go to car shows. My dad and Uncle Gene were an automotive techs. And my uncle Bill was an an airline tech for the military.” 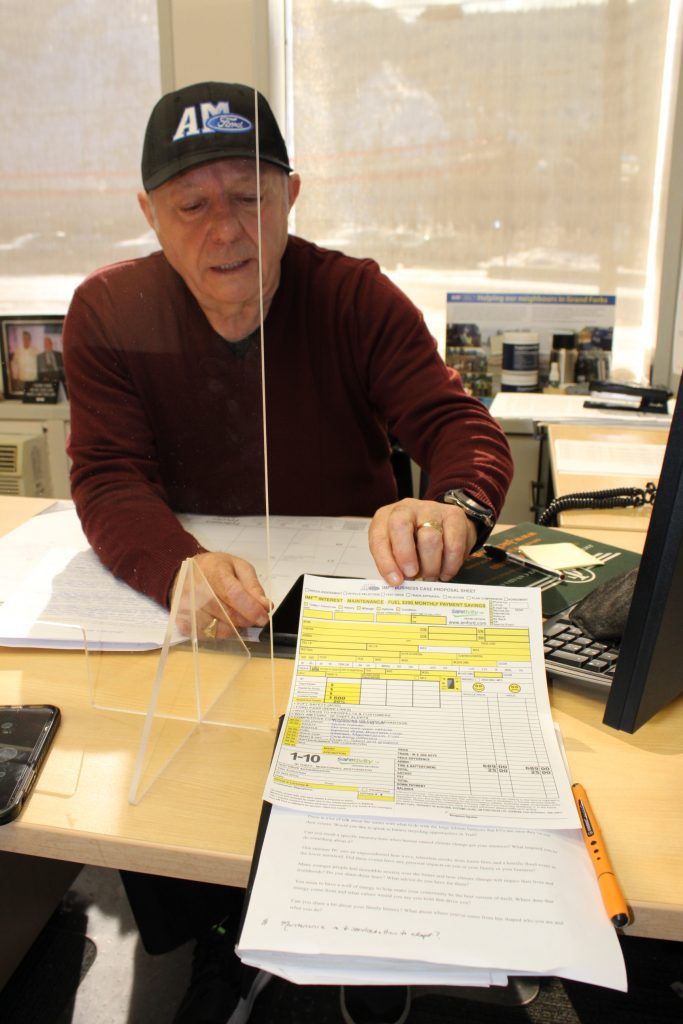 Dan in his element (Photo courtesy of Anna Dulisse)

This summer’s spike in gas prices has piqued more interest from people in the area about hybrid and electric cars. Kelly thinks the City of Trail should start offering household grants to help with the electrical home upgrades that residents will need to power an electric vehicle.

“One thing about our community is we feel free,” Kelly says. “You can go anywhere, do anything. We’ve got the mountains all around us. Now with fuel prices on the rise, it’s like, ‘this vehicle. It’s killing me.'”

“The province moved the luxury vehicle tax threshold from $55,000 to $75,000, which puts a lot of manufacturer’s vehicles in the wheelhouse so we can sell more electric vehicles,” he explains. “They’ve also taken the provincial sales tax off EVs. I think governments are listening to industry.”

Dan has spent thousands of hours volunteering in his community over the decades and is passionate about economic development, sustainability, and safety. And while he has no plans on slowing down anytime soon, he loves seeing the younger generations wanting to shape their future.

“My advice for younger people is to continue lobbying the government with your voice,” Dan says. “We live in one of the best places in the world, but we have to make sure we sustain good paying, long-term jobs so that our children can come back and enjoy the fruits of our labour and be closer to family.” 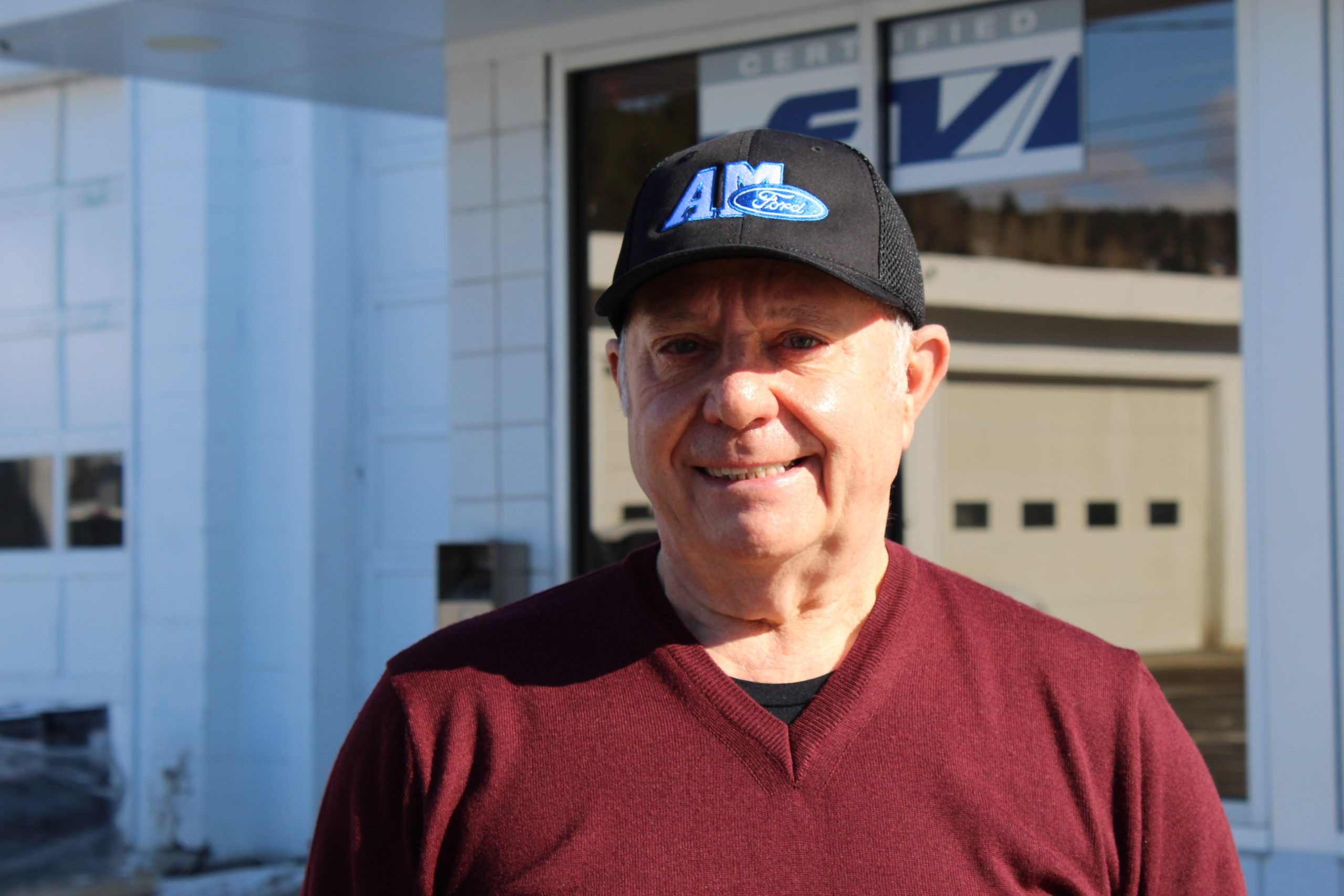 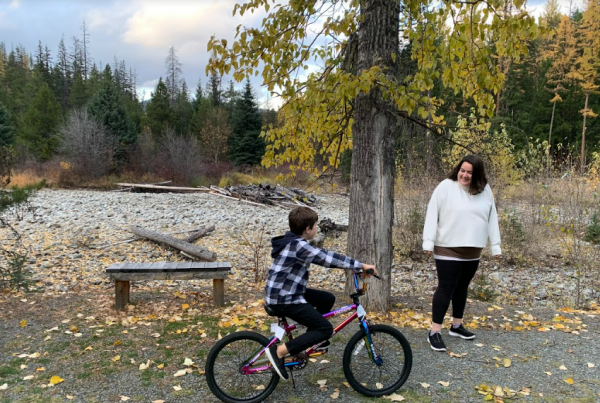 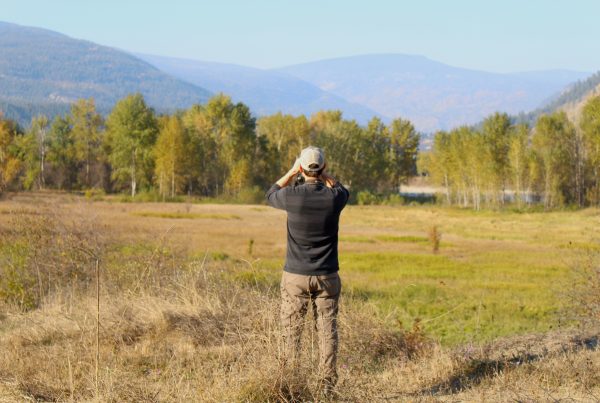 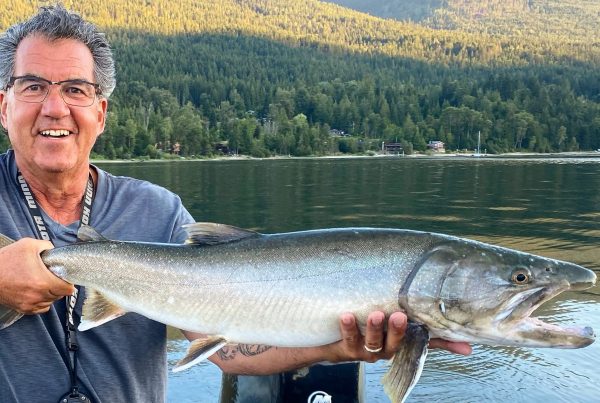